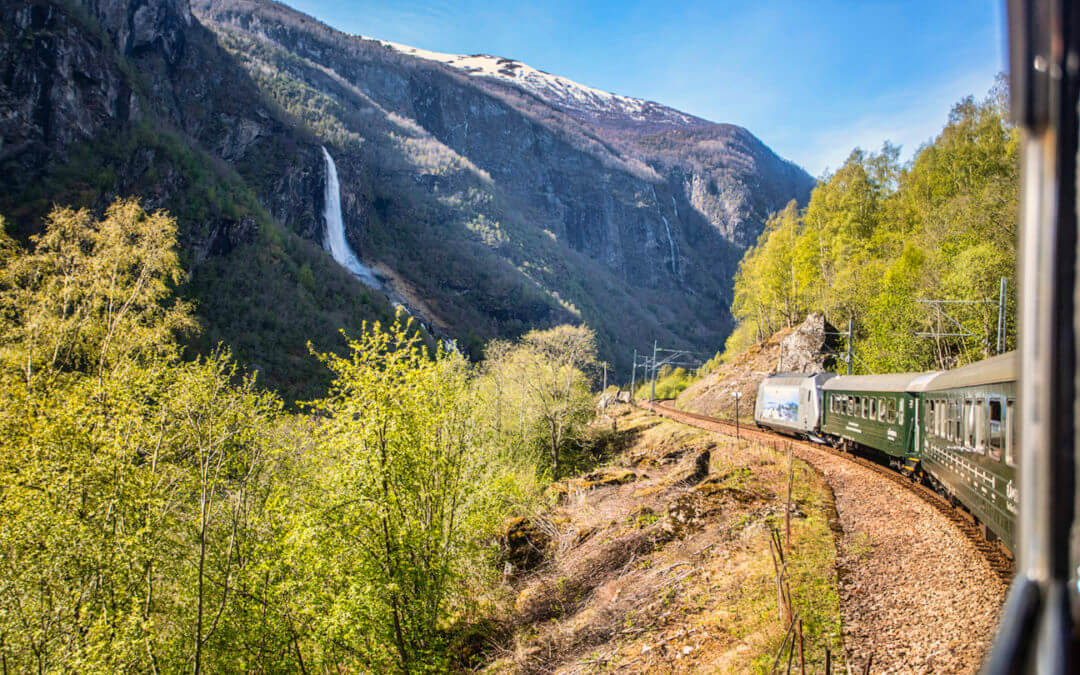 Probably about four years ago at the Roy Hobbs World Series my friend Ken extended an invitation.  He suggested that I pack up my camera equipment, hop on a plane, fly to Oslo, and spend some time in Norway as guests of Ken and his wife Jorunn.  I immediately warned Ken about making such an offer primarily due to the fact that I would make every attempt to take him up on it.  He assured me that the invitation was sincere and I assured him that I would sincerely try to make the trip.  So on May 5 (almost four weeks ago) I left Fort Myers and arrived in Oslo the following morning. 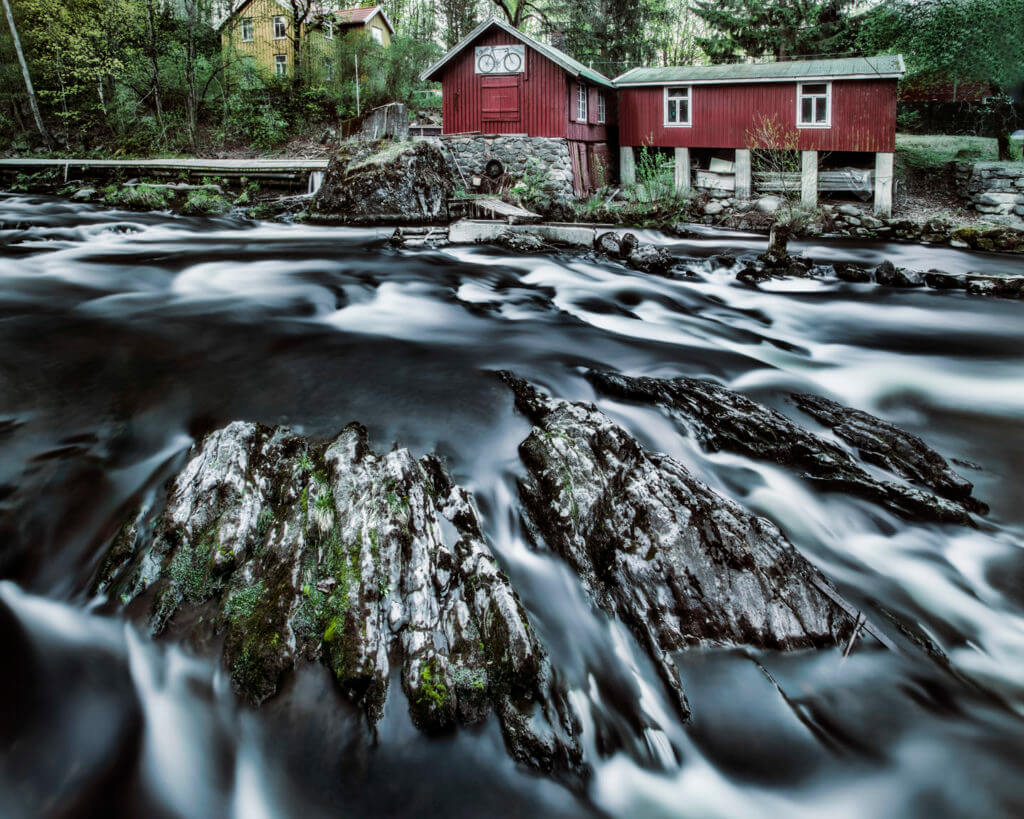 An old mill turned into a bicycle shop in Sandvika.

There is plenty to see and do in and around Oslo, Norway’s capitol and biggest city.  My friends and hosts, Ken and Jorunn, were the best. 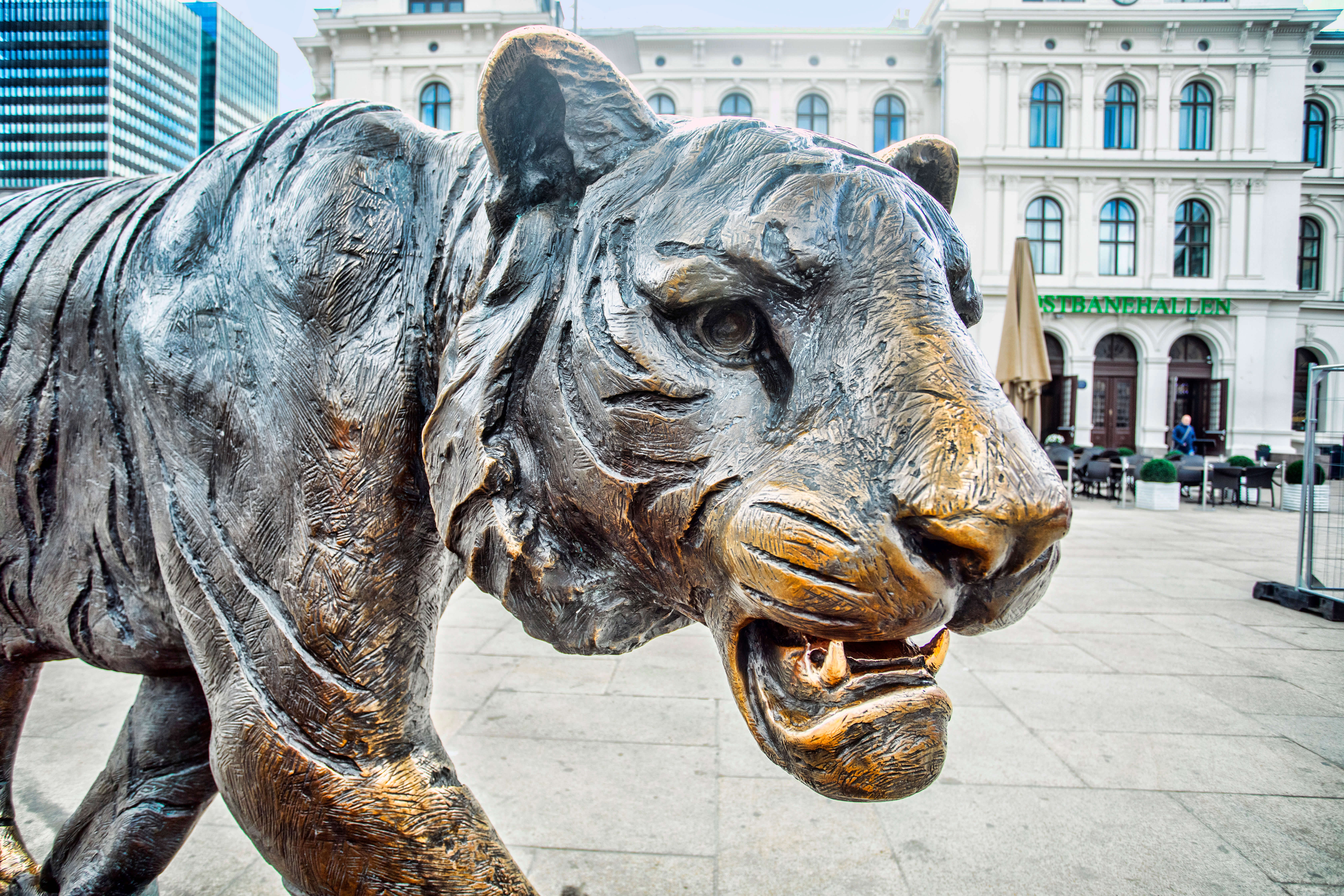 They have a beautiful condominium located conveniently in the wonderful Oslo suburb of Sandvika.  It is an easy walk or short bus ride from their condo to the train station or into the center of Sandvika and, just like public transportation everywhere else in Europe, once you become familiar with public transportation you can literally go anywhere.  And, in addition, the Norwegians are known for being prompt and that includes train and bus schedules which means that the 9:21 train to the airport arrives at 9:20:30 and is on its way at 9:21:30. 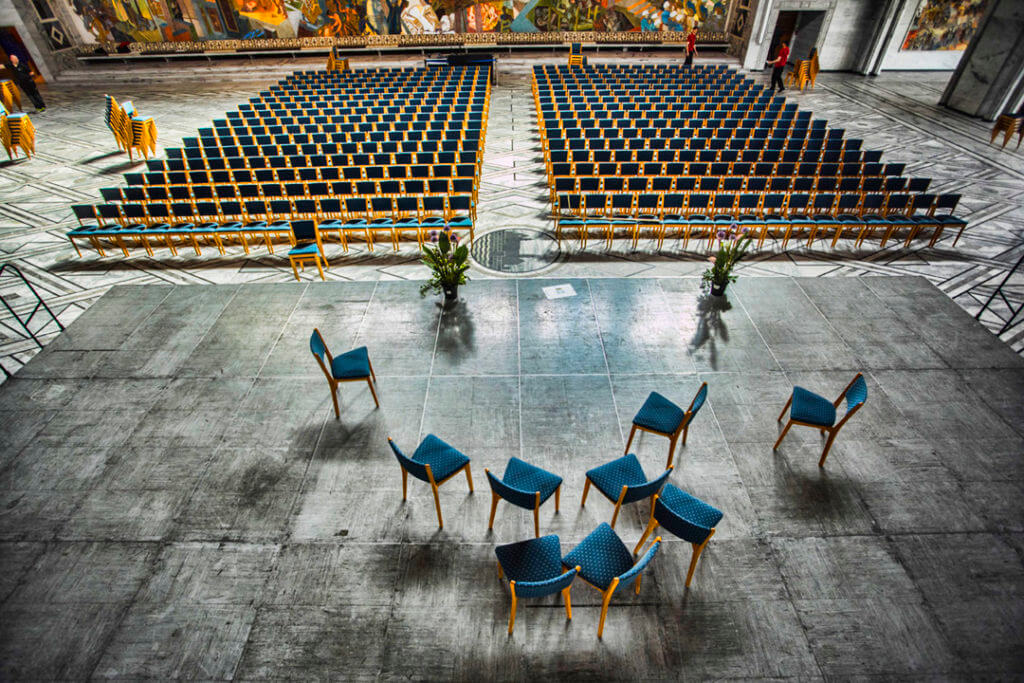 The Nobel Peace Prize is awarded in this room and on this stage.

Though most of my time in Norway centered around Oslo, I took a two-day side trip called “Norway in a Nutshell” which basically means a trip from Oslo over to Bergen (the second-largest city in Norway) and back.  But the trip is called Norway in a Nutshell for a reason and the reason is that you get to experience what Norway is all about in roughly 38 hours. 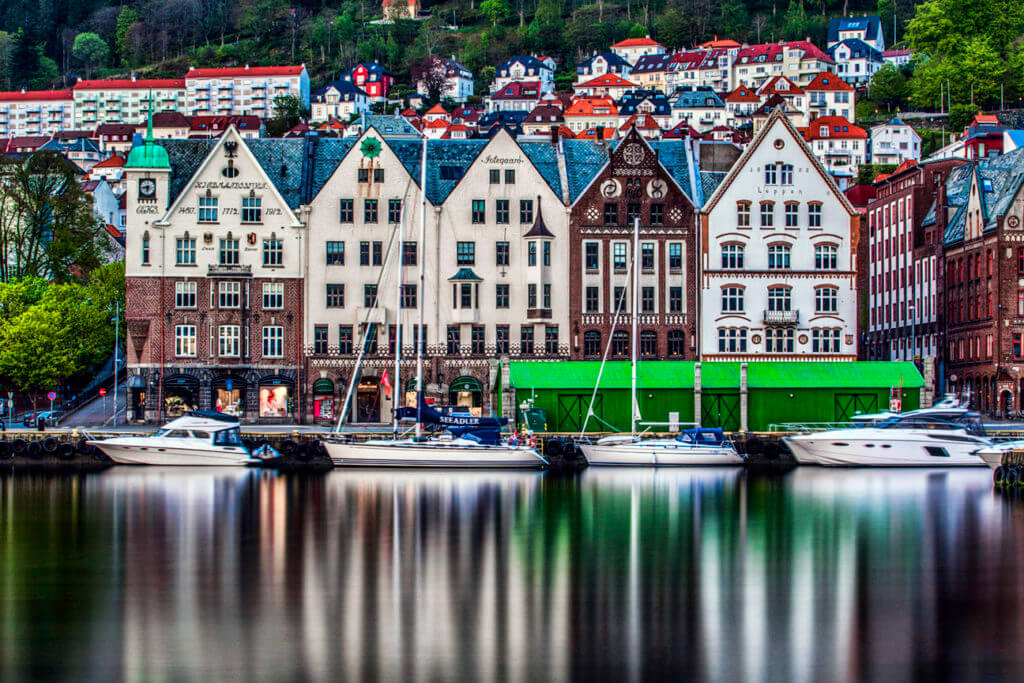 Here’s a quick look at the itinerary:  Leave Oslo train station at 8:30 a.m. on Sunday, May 14, take the train to Bergen, arriving at 2:30 p.m.  Overnight in Bergen and leave by train the following morning.  Get off the train at Voss and get on a tour bus.  Take the tour bus to Gundvangen.  Board a sightseeing boat for a 2-hour fjord tour to Flam.  Take the world-famous Flam railroad to Myrdal.  Then re-board the original train and arriving back in Oslo at 10:30 p.m. 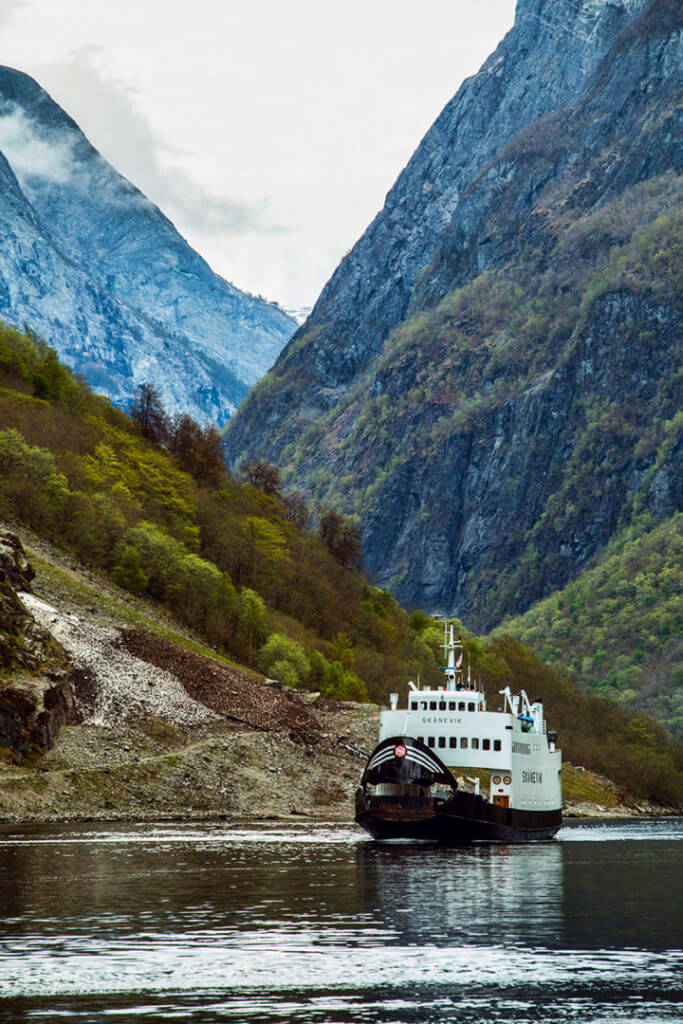 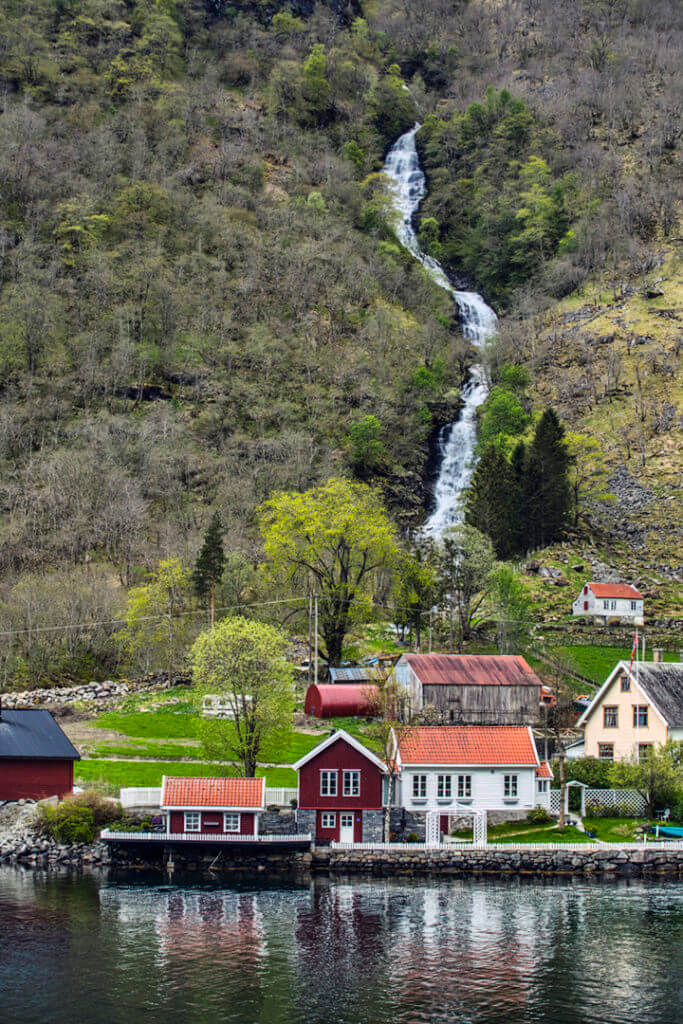 Though the Nutshell tour was the highlight of the trip I still had a full day to spend in this magnificent city and I was planning to make the most of it.  But it rained.  A steady rain and a lot of it.  I was a bit disappointed and I had to cut back on some things but I was able to make the best of it. 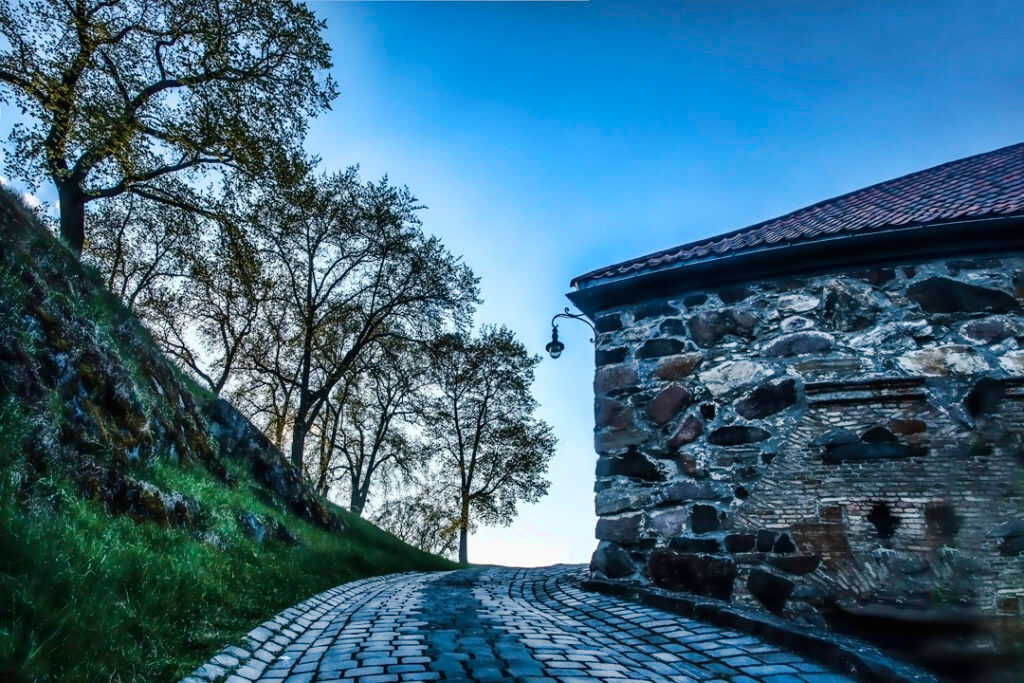 It’s obvious at this point that I’m going to have to write another Norway blog and post more pictures.  Lots more to tell and share.  See you next time.